Who’s a maker and who’s a taker?

That’s been the discussion of the week following the release of a video clip of Republican presidential candidate Mitt Romney, who told supporters that 47% of Americans would be voting for Barack Obama no matter what because these are folks “who are dependent upon government, who believe that they are victims, who believe that government has a responsibility to care for them.” They are also, Romney added, “people who pay no income tax.”

As always, we’ll try to leave the politics to others. But the question of dependency is one that Peter Drucker explored extensively in his work, and it took him to interesting, sometimes unexpected, places.

One thing that would have struck Drucker is how different the debate has become over the years. For a long time, it was the businessman, as much as anyone, who was considered the “taker.” In The New Society, published in 1950, Drucker noted how many workers viewed their manager as “a fat parasite in cutaway and striped trousers, clipping coupons.”

Nor was such a view limited to the worker. “The early economist conceived of the businessman’s behavior as purely passive,” Drucker wrote in Management: Tasks, Responsibilities, Practices. “Even if he was not considered a parasite, his contributions were seen as purely mechanical: the shifting of resources to more productive use.” (Of course, Drucker, for his part, believed that effective managers were extraordinary “makers.”) 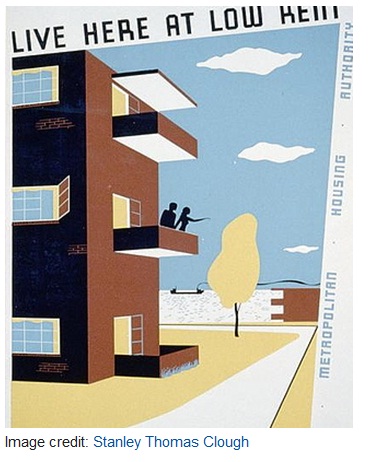 Yet Drucker would also be sympathetic to the idea that it can be dangerous to become dependent on government. In Managing In a Time of Great Change, Drucker passionately condemned the failures of the welfare state. “Modern welfare destroys,” he asserted. “It does not build competence; it creates dependence.”

This view didn’t apply only to the poor but, rather, to some degree to all of us. This is why government budgets are so hard to tame. “No government dependent on votes for its existence has been able so far to convince its constituents that it should ‘shoot Santa Claus,’” Drucker wrote in The New Society.

Ultimately, however, when it came to questions of “make” and “take,” Drucker seems to have felt most at home with the ideals of Confucius and the notion of interdependence. Rather than think in terms of who gives more or less, or who has rights and who has power, we should adopt a mindset of obligations—one that applies to worker and employer, to parent and child, to leaders and the governed.

What’s your view? How should we think about “making” and “taking” in our society today?

Why Eric Holder, Despite an Inspector General Report Clearing... Next »