Several years ago, when Home Depot set up 12 stores in China, it had high hopes of winning over Chinese to the joys of hands-on home improvement. Today, only seven of the big-box stores remain, and, according to a recent report in The Wall Street Journal, those will all be closed soon. A Home Depot spokeswoman told the Journal, “The market trend says this is more of a do-it-for-me culture.”

For such a successful company, this was an unusually large misstep. What could have happened? 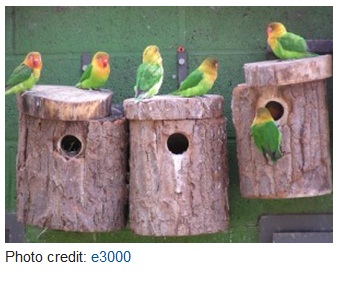 Our best guess is that Home Depot saw the building and home-buying boom in China and decided to make a big investment right away, early on, to grab market share among the country’s burgeoning middle-class.

To some extent, this strategy made good sense. As far back as the late 1960s, Peter Drucker was seeing a convergence in global tastes and buying habits. “Imperceptibly there has emerged a world economy in which common information generates the same economic appetites, aspirations and demands—cutting across national boundaries and languages and largely disregarding political ideologies as well,” he wrote in The Age of Discontinuity. “The world has become, in other words, one market, one global shopping center.”

Still, Drucker never felt that customers in location A would necessarily behave as customers do in location B. Going multinational always required, in Drucker’s view, intense research into local variances.

For instance, in Management: Tasks, Responsibilities, Practices, Drucker mused on the difficulties Sears would face by expanding into new countries. “Sears would have to learn to apply the same basic approaches and principles quite differently in different markets and different cultures,” he warned.

As much as Drucker viewed globalization as an unstoppable force, he never lost sight of the difficulty of creating satellites. Local conditions differ greatly, even within small geographic areas. As Drucker put it in Managing in the Next Society, “What works in St. Louis usually doesn’t work even in Kansas City, let alone New York in Los Angeles.”

Do you think global consumer tastes are converging, or should retailers be as cautious about expanding abroad as they might have been 50 years ago?

« Prev Why Eric Holder, Despite an Inspector General Report Clearing...

What Peter Drucker Would Be Reading Next »

What Peter Drucker Would Be Reading 2012.11.22by 〉
Facebook Twitter Me2day
Up Down Files Print
●? Select Editor
✔ Textarea ✔ WYSIWYG
?