If Self-Management Is Such a Great Idea, Why Aren’t More Companies Doing It? 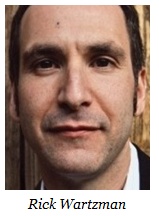 In his latest column for Forbes online, Drucker Institute Executive Director Rick Wartzman writes about a recent visit to Morning Star, a tomato producer and processor described by Harvard Business Review as “the world’s most creatively managed company.”

Morning Star, Wartzman notes, has become a paragon of self-management and, in this way, “may well be the ultimate fulfillment of Peter Drucker’s vision for the way an enterprise should treat its workers.” Among other things, no one at Morning Star has a boss.

Employees negotiate and set individual responsibilities with their fellow workers.

But all this begs the question: Why don’t more companies follow this model?

Wartzman points to a number of factors inhibiting self-management, or what Drucker called “self-control.” Among them: bureaucracy, shareholder pressure for short-term results, and what Drucker described as the “far-reaching changes in traditional thinking and practices” that such a system requires.

“My deep sense, though, is that the biggest barrier is this,” Wartzman writes. “The less hierarchy at a company, the more that certain people will be forced to give up their perks and privileges.”

« Prev What Peter Drucker Would Be Reading

Eight is Enough Next »